What it Means To Be ‘Unflappable’ 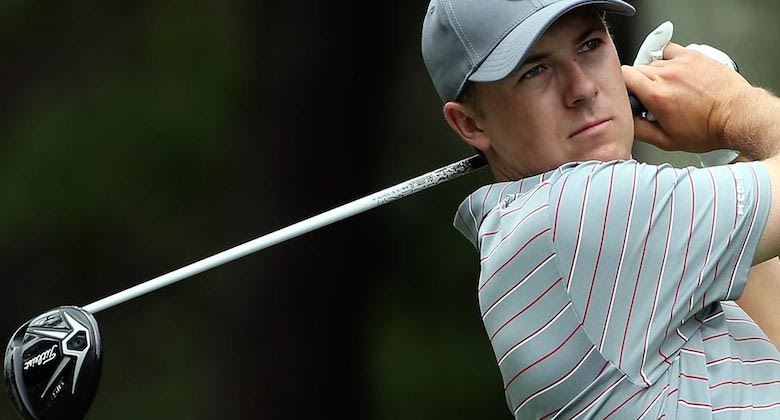 This past summer, a 22-year-old golfer named Jordan Spieth got waves of attention from the media. He won the Masters tournament in April, tying the world record score of 270 set by Tiger Woods in 1997.  In June, he became the youngest man since 1923 to win the U.S. Open. And by August he was attempting what only two players in history had ever accomplished: to win three of the four major golf championships in one year.

Spieth’s spectacular rise, seemingly out of nowhere, led people to try to figure out what makes him great. According to Sally Jenkins, writing for the Washington Post,  “scan him up and down, and you search in vain for a defining feature. The colorless hair, the medium build, the solid repeating mechanism that is his swing, none of it explains him.”

Let’s take a look at what that wonderful word means in Spieth’s case.

He maintains focus better than most. Jenkins refers to his “squinty Clint Eastwood eyes” and says that “You get the feeling that when he’s zeroed in, he can bend spoons by looking at them.”

He is unfazed by setbacks. Jenkins writes, “Think about the number of times you’ve seen Spieth follow a bogey by making a birdie. He’s the king of 'bounce backs'”

He is unfazed by victory. Jenkins reports: “Somehow Spieth has avoided becoming drained or enervated or suffering a letdown from the effects of all that winning.”

‍He can detach from the outcome. According to Jenkins, “He has the gift of perspective, of wanting it just enough but not too much. He plays the game as a game, not a labor, and from a place of seeming emotional security.”

Unflappable. It’s a great word that describes the kind of emotional mastery that we admire in champion athletes, musical virtuosos, business and public leaders. The word describes someone who is cool under pressure, who is able to perform well under difficult circumstances, who can make the most of an opportunity, and confidently regain stride after falling.

People often think of this kind of quality as inborn: either we have it or we don’t. But that’s not the case. “Unflappable” is a characteristic that you can develop!

For you, the student, being unflappable enables you to do your best during crunch times such as final exams or standardized tests. It enables you to keep your brain going strong when you find the work challenging or difficult. It enables you, over time, to make the very most of your mind, and to become smarter than you ever thought you could be!

Get ready to play
your best game.
Start your 30-day free trial
of MuchSmarter ACT.
play Now
RELATED ARTICLES
Have High Expectations Without Crippling Stress
Grit and Much Smarter
How to Avoid Comparing Yourself to Other Achievers
back to the main list