When You Know How To Learn, You Can Learn Anything 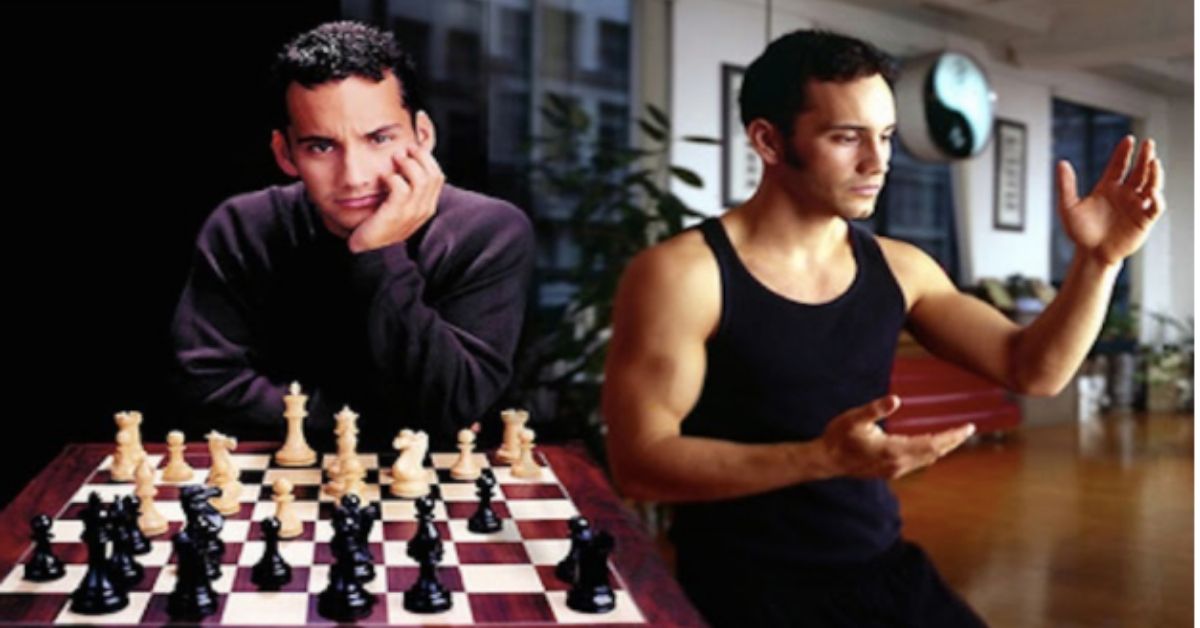 At first glance, the games of chess and Tai Chi martial arts may appear very different.

Yet Josh Waitzkin, author of The Art of Learning, became a champion in both games, one after another, and used his experience in one game to power his success in another.

Waitzkin learned chess at the age of seven and built notoriety defeating older, more experienced players. He became an international grandmaster and champion while still in his teens. At the age of nineteen, he took up Tai Chi martial arts and within five years won the international Push Hands world championship in Taiwan.

It may seem strange that Waitzkin credits his success in chess for his success in Tai Chi. After all, chess seems to be primarily a game of the intellect, while Tai Chi martial arts is a physical competition. Here’s how he connects the two:

Speaking about Tai Chi: “After thousands of slow-motion, ever-refined repetitions of certain movements, my body could become that shape instinctively.”

And then about chess: “This type of learning experience was familiar to me from chess. My whole life I had studied techniques, principles and theory until they were integrated into the subconscious. From the outside Tai Chi and chess couldn’t be more different, but they began to converge in my mind.”

What Waitzkin describes is what we here at MuchSmarter teach as two key steps in learning any game: “Learn The Moves” and “Practice Until….” When you learn the moves, you break the game down into the smallest possible steps and study those steps slowly and with deliberate care. In math, for example, the moves might be solving simple equations, operations with exponents, or evaluating a function. In music, the moves might be playing scales or chords. In tennis, the forehand, backhand, serve, overhead, and net play.

When you "practice until..." you repeat the moves until you no longer have to think about them.

This is what Waitzkin means when he says the chess moves or Tai Chi moves were “integrated into the subconscious.”

Think about any game in which you currently struggle. Odds are, either learn the moves or practice until… is missing from your game. You are either unsure of how to perform the steps, or you can manage the steps but you have not practiced them enough to enable you to perform well under any kind of pressure.

Imagine for a moment that a loved one is undergoing heart surgery: how would you feel if the surgeon was thinking to herself, ‘Hmmm, now what do I do with this tool?” Or if your favorite basketball star is about to take a possible game-winning shot with two seconds left in the game and is thinking, “Now, how am I supposed to move my wrist?’

Regardless of the game, you are going to learn the moves and practice until if you want to play really well. No exceptions.

The rewards, though, are exceptional, as expressed by Waitzkin: “…performing under pressure has become a way of life. Presence under fire hardly feels different from the presence I feel sitting at my computer, typing these sentences. What I have realized is that what I am best at is not Tai Chi, and it is not chess—what I am best at is the art of learning.“

That’s all there is to it. When you get good enough at learning, you can learn—and excel at—anything you want!

And remember, if you want help learning how to learn anything you want, you can get in touch with us on the Get a Coach page any time and ask for a get-acquainted meeting.

Talk to you soon!

Get ready to play
your best game.
Start your 30-day free trial
of MuchSmarter ACT.
play Now
RELATED ARTICLES
"Dudes Who Love to Work": Julius Randle and how Peak Performers Approach Practice
How to Learn Anything You Want (No, Seriously!)
Can Practicing The ACT Improve Your Bowling Scores? (Part Two)
back to the main list