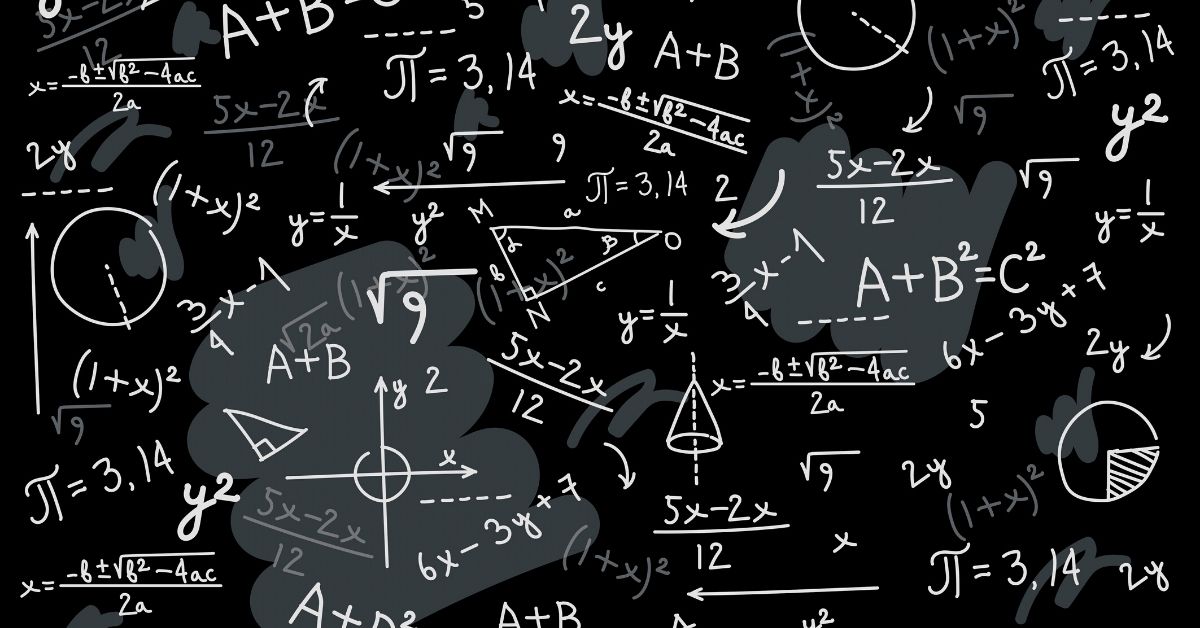 For many teenagers, math is a big roadblock on the path to success on the SAT or ACT, not to mention high school in general.

‍Do you have what we call “math wounds”?

Let’s ask ourselves a few questions to see if this sounds familiar.

Too many young people have experienced math this way.

We’ve even written about it before.
And if this is your experience of math (or even if you simply don’t like it), the prospect of handling math on the SAT or ACT can be scary.

After all, they’re putting two or three years’ worth of math in one test! That doesn’t sound like much fun if you find yourself struggling just to get a handle on a single topic.

But here’s the good news: You can absolutely change your experience with math and actually turn it into a strong point rather than a weak point on your SAT or ACT.

How to Stop Being “Bad At Math”

What you want is a new relationship with math.

Wipe the slate clean. Start all over again as a beginner, with no expectations and no self-judgment.

And once you’ve done that, approach math the same way you would approach a game.

What do I mean by that?

Think for a minute about anything you’ve ever learned to do really well.  How did you get good? I guarantee you did four things:

First, you learn the moves.

What do I mean by learning the moves of a game? These are the small skills that make a big game possible.

If you ever played basketball, think about the first few things you learned how to do: dribble, shoot, pass, move your feet on defense.

If you ever learned how to play baseball, you learned how to throw accurately, how to catch, how to field ground balls and pop-ups, and how to swing the bat.

If you ever learned a musical instrument, you learned how to produce a good tone, a group of notes, a chord.

Those are the moves.

What are some of the moves in math?  Solving a basic equation. Adding, subtracting, multiplying and dividing fractions. Using exponents. You get the idea.

Consider these moves some of the fundamentals in your new math game.

Once you’ve practiced the fundamentals. you can move on to SAT/ACT problem types.

“Learning the moves” entails learning these problem types and practicing specific step-by-step approaches to solving them.

When you are ready, you can go on to more challenging SAT/ACT problem types, some of them featuring math concepts not generally seen in math classes, but developed for the standardized test math game.

Some key points about this “learning the moves” phase of your new math game: ‍

‍Self-judgment, self-criticism, impatience and frustration are a big part of what turned you off to math the first time around.

This time, you know it’s just a game, and you are making it your game. So have no concern about how well you are doing, or how “good” or “bad” you might be at the game.   Simply focus on one move at a time, and practice each one until you can start performing it easily. ‍

2) Use the power of repetition‍

When you think about any game you’ve learned well, you will probably recall that practice meant repeating the moves over and over again: swinging the tennis racket, golf club, or baseball bat, shooting the jump shot or foul shot. What about learning a language, a musical instrument, or the lines in a play?  You practice the moves, i.e. the elements of the skill, over and over again.

When you repeat a move again and again, the brain makes stronger and faster connections to help you perform that task better and faster and ultimately, with no effort at all!

So, if you learn the moves correctly to begin with, repetition can help you master them. There are few skills that you can’t get a handle on if you are willing to use repetition in this way.

It doesn’t have to be difficult or tedious. So long as you see the activity as your game, the repetition can be very pleasant.  ‍

When you put aside self-judgment, you can also allow yourself enough time to succeed. Learning slowly—allowing you to strengthen and deepen the connections in your brain—is often way better than learning quickly.

So take your time. Learn each move step by step. Then practice each move again and again.  ‍

Next, you practice the moves in combination.‍

Once you’ve learned the moves and made them your own, you can rise to the next level of game mastery:  practicing the moves in combination.

If you take, say, 30 SAT or ACT math questions, you will find that the set of questions is full of problem types that you’ve now learned and practiced!

So the task now is simply to recognize each problem type and use your rehearsed strategies and steps to solve it.

When you find you need a little more practice on a particular “move,”  take it.

Over a few practices, what you will begin to experience a feeling that will help you greatly in this game:  familiarity!‍

Here’s a key result of practicing this math game:  when you begin practicing, you are trying to “figure out” most of the problems.  This “figuring out” takes you a long time and you miss quite a few questions.

When you are truly rehearsed, you are no longer “trying to figure out” most problems. Instead, you’re responding to known problem types with rehearsed strategies.

You will be both faster and more accurate when you’ve practiced this way.  Recognizing the problem and responding with a set of rehearsed steps makes ALL the difference.

Finally, you play the game a lot.

Take as many SAT/ACT math sections as you can.  Repeat the questions you miss.

Treat the body of SAT/ACT math questions as if they were a set of flash cards or quizlets.  Keep repeating  until you feel you can perform every question quickly and easily.

How good can you get?

You don’t know your limits—and neither do we.

We’ve learned from long experience, working with hundreds of students over the years, that a student can “build muscle” in the math game and get to surprising levels of excellence.

We once had a student named Jason who, in the beginning of his practice, was able to get about 10% of SAT math questions correct and in time was getting 80-85% correct. And he had not reached his limit.

We had another student named Andrew whose SAT math practice started at around 500—and he needed a 700 to get into the colleges he wanted.  Andrew assured us that he was capable of only “B” work in math.  After we persuaded him to begin a new relationship with math, Andrew showed streaks of brilliance in math in only a few weeks’ time!

Anything and everything you want to learn, and learn well, you can learn—and get good at—by making a game out of  it.

Begin to see math as a game, and you can immediately stop struggling with it and simply follow the steps to learn to play the game.

See math as a game, and you can stop judging yourself about it and simply allow yourself to play.

If you want to learn to play standardized test math like a game, scroll down just a little bit further and sign up for your MuchSmarter ACT account. It’s free for anyone who joins before the end of 2020.

And if you need more help than that, you can always get in touch with us for some coaching.

Get ready to play
your best game.
Start your 30-day free trial
of MuchSmarter ACT.
play Now
RELATED ARTICLES
Aim For Perfection Without Ruining Your Life
"Dudes Who Love to Work": Julius Randle and how Peak Performers Approach Practice
Can Practicing The ACT Improve Your Bowling Score? (Part One)
back to the main list