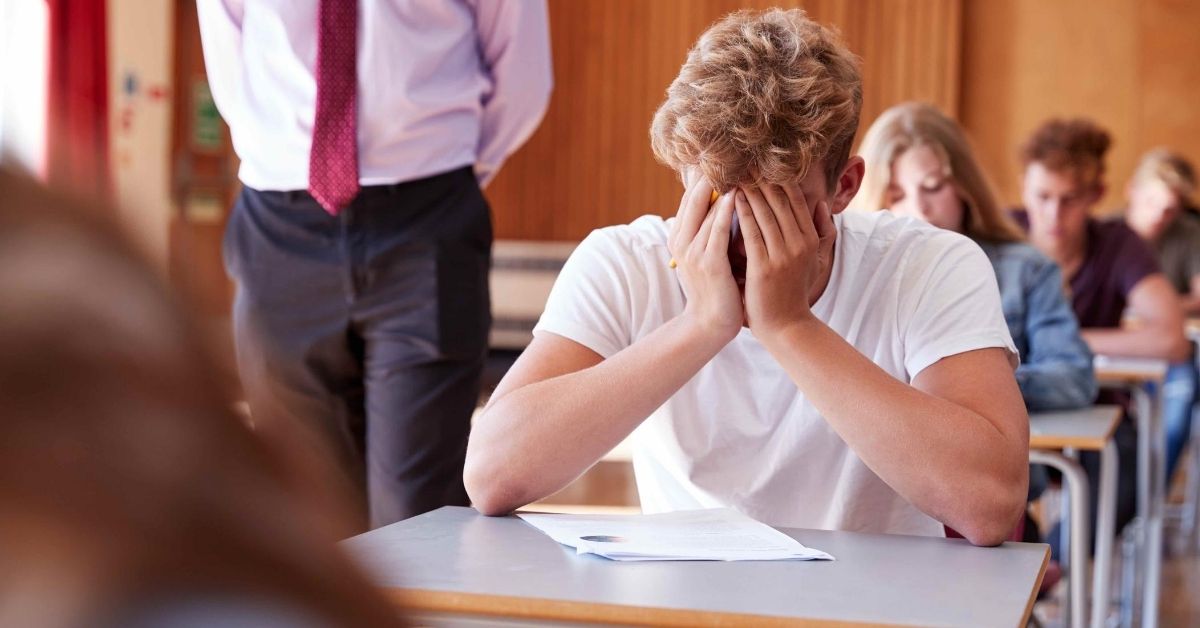 Well...they are not alone!

It turns out many, many students (way more than you’d think) stress out on standardized tests like the SAT or ACT.

In fact, some students freeze up and do half as well as they usually do—I mean, to the point where if they usually get 80% of their questions correct, now they’re getting 40%. All because of stress!

If this sounds like your teenager, let me offer you some real encouragement.

There is a way forward—even if they’ve always stressed out on standardized tests and have gotten to the point where they hate them.

If they’re struggling with standardized tests and have been for some time, don’t expect to have them try the same things they’ve tried in the past and succeed this time—that’s just wishful thinking, isn’t it?

If  they stress out on tests, then the things you’d usually try—classes of varying kinds, traditional tutoring—will most likely not help very much!!

Try something they have not tried before:

Make a game out of it!

I’m not saying a game in the sense of picking up little points or icons or gold stars.

No, what I’m saying is that they take a fresh approach to the SAT or ACT by approaching it  as what it really is: a game of skill.

Think for a minute about any game you’ve ever learned to do well. What did you do to get good?

I guarantee you, you did four things:

What do I mean by learning the moves of a game? These are the small skills that make a big game possible.

If you ever learned tennis, you first learned the grip, stance, forehand, backhand,  serve and net play.

If you ever learned to play golf, you first learned the grip, stance, swing, long drive, fairway shot and short game.

If you ever learned a musical instrument, you first learned how to produce a good tone, groups of notes, chords, rhythm.

What am I getting at here?

Anything and everything your teenager wants to learn, and learn well, they can learn—and get good at—by making a game out of  it.

Why is this idea so important when they start learning the SAT or ACT?

It takes the stress out of the experience. When they begin to see the thing as a game, they can immediately stop struggling with it and simply follow the steps to learn how to play.

They can learn what champion players of games of every kind have already learned:

that the stress, the worry, the overwhelm are not who they are—simply the way they’ve learned to respond to pressure up to this point in their life.  It's now time now for them to learn a different response, and a game is just the place to do it!!

Think of it this way: they have learned over time to respond to test situations with worry, nervousness, stress and overwhelm. Since they've learned these responses, they can also learn a different response. They can learn to respond to a pressure situation with calm, poise, confidence and even fun!

So think of learning how to deal with "test anxiety" as an opportunity to learn something more important than the material on the SAT or ACT: handling pressure.

They may one day forget most of the specific material they learn for the SAT or ACT, but they will always benefit from being able to handle pressure. In fact, handling pressure is part of being successful in just about any pursuit we choose: academics, sports, theater, career or business.

I’ll have a bit more to say on this subject next week, but until then, don’t hesitate to get in touch if your teenager needs a hand with any of this.

Get ready to play
your best game.
Start your 30-day free trial
of MuchSmarter ACT.
play Now
RELATED ARTICLES
Emotional Mastery and Playing Like a Champion
What Is Your Teenager's Ultimate Potential?
The SAT, ACT And Test Optional Admissions: How to Help Your Teenager Prepare
back to the main list