My Struggle With Test Anxiety...in the Batter’s Box 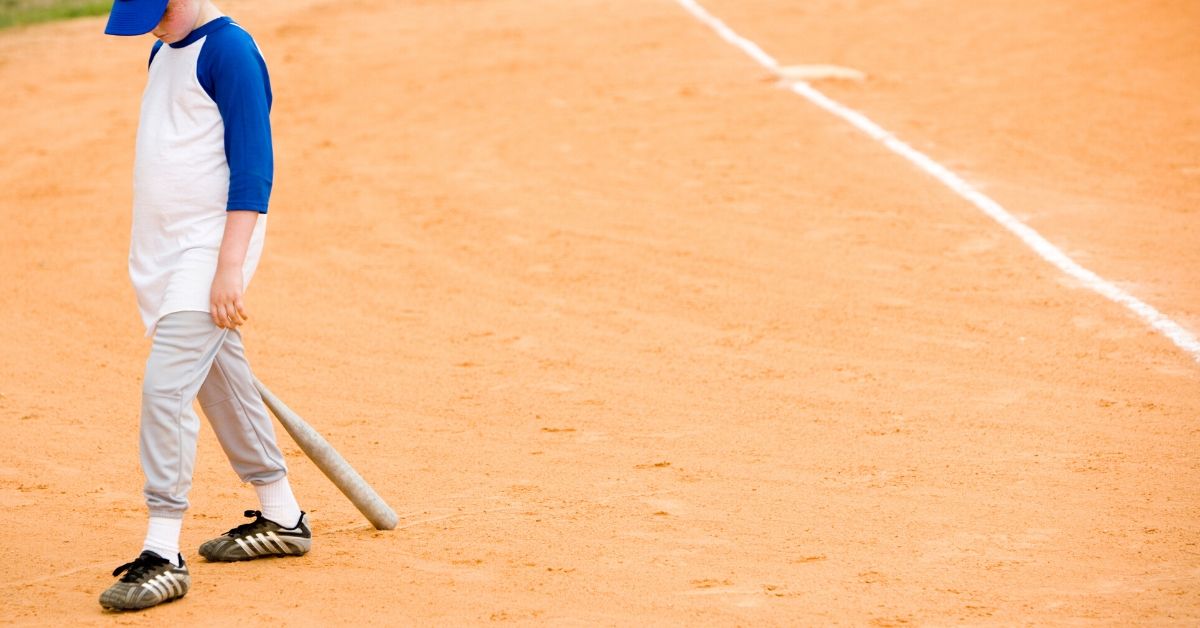 We all get stressed out as we get closer to important days in our lives. And from time to time, that stress can reach a point where it...how to say this gently...screws up everything we’re trying to accomplish.

Those of you who struggle with test anxiety know what I’m talking about. And there are a lot of you.

Or should I say, there are a lot of us.

If you’ve forgotten everything you studied as soon as a final exam or SAT or ACT began, or if you’ve ever played really badly in a big playoff game or in front of a scout you wanted to impress, or if your hands have ever frozen up before your violin solo in front of a big crowd, let me tell you: you’re not alone.

I was never anxious when it came to taking big tests.

If I’m being really honest, it’s because I didn’t care enough about school back then. What I did care about was being a good athlete...or, more accurately, being considered a good athlete.

The all-boys grade school I went to was pretty intense about their sports, and the social hierarchy certainly revolved around them...and I was, let’s just say, not at the top of that hierarchy. So when I finally started to show some skill at hitting a baseball (in a league outside of school), I was really excited to be able to finally show my classmates that I fit in.

I hit well enough in batting practice to win significant playing time for my school’s JV team in the spring of 9th grade. But when I actually got up to bat in a game, I wanted to absolutely destroy the ball, so I’d “wait for my pitch”...which probably could have been any number of them, but we never found out. Because I never swung the bat.

Not one time. In a whole season.

The crazy thing was, I was still absolutely hammering the ball in batting practice. Why else would the coaches have kept putting me in the lineup? But I’d freeze during my real at-bats.

I wish I could tell you this story had a happy ending, but it doesn’t: I literally hit for an average of .000 in 9th grade. And, just like most athletes who succeed zero percent of the time, I eventually got benched.

What can we learn from this (very embarrassing) story?

Why was I crushing every pitch in batting practice, but unable to lift the bat off my shoulders in a pressure situation?

It was because in those two situations, I was focused on two entirely different things.

In the game, I was focused on proving myself, or hitting home runs, or getting recognized by my peers or whatever… and in batting practice, I was just focused on the ball.

How does that apply to standardized tests, you ask?

Well, if you’re focused on high a score you need to get into the college of your dreams, or how well your older sibling did a couple years ago and how you want to ‘beat’ them, or on how much time is left on the clock… you’re not going to pay enough attention to the question in front of you.

You’re going to make careless mistakes that you don’t make in practice.

You’re going to “forget” formulas, and rules, and strategies, and whatever else you’ve been studying.

And the score is going to reflect that lack of focus.

How do we fix test anxiety? We learn to stop thinking about the things we can’t control about the situation, and keep our eye on the ball.

But there are two things we do get to control about the ACT: our level of preparation, and what we focus on.

We get to choose what we focus on during the test.

We don’t have to worry about the score, or the clock, or our classmates.

We can just do our job, focus on the question in front of us, and worry about the other stuff later.

And while I will never get another chance to dominate JV baseball, you have plenty of chances to learn how to handle test anxiety in time for your last SAT or ACT. And the MuchSmarter team is always here if you need our help.

Talk to you soon.

Get ready to play
your best game.
Start your 30-day free trial
of MuchSmarter ACT.
play Now
RELATED ARTICLES
How to Just Do Your Job in Big Moments
Why Your Teenager Has Test Anxiety About the SAT or ACT -- And How You Can Help
How Your Teenager Can Conquer SAT / ACT Test Anxiety, Part 2
back to the main list