How “Big Games” Define Us… and How to Control Them 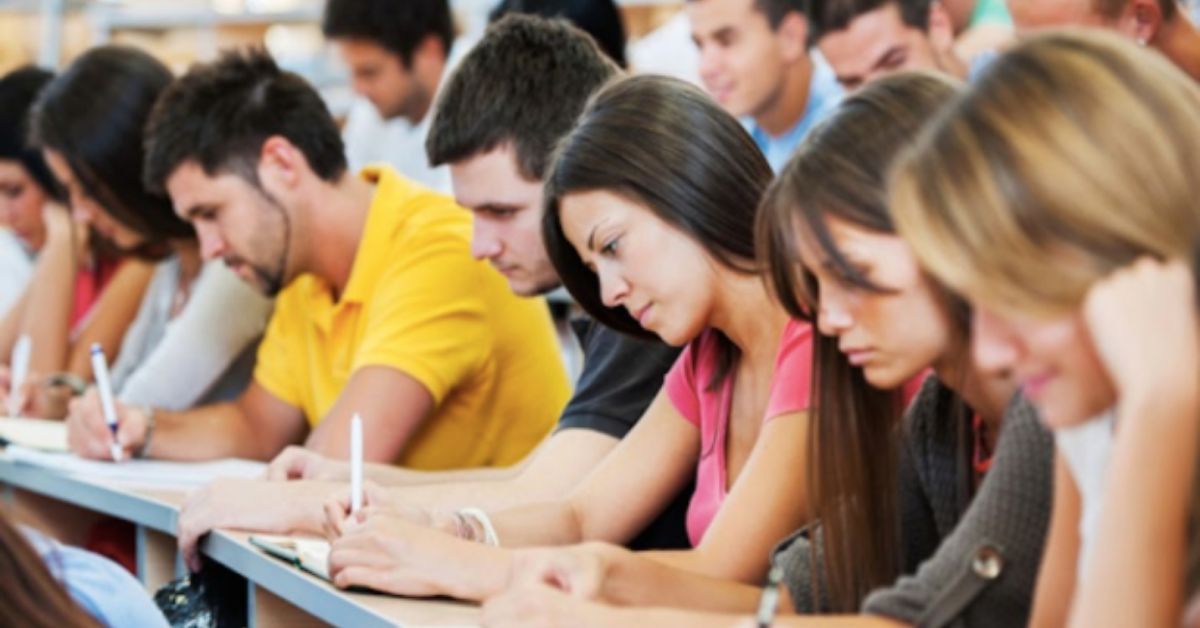 As we start to get into the end of the school year, with finals and AP exams and standardized tests of all shapes and sizes already underway, I think it’s important for us to talk about “big games.”

When I was in high school, I had plenty of classmates who were, by any standard, excellent students—hard workers with an incredibly solid understanding of the material that goes into the SAT—who walked into the room and repeatedly failed to perform up to their expectations.

I was the exact opposite: I underachieved by most of those standards, except in big spots. I was the guy who could get low B’s all through each semester, work for a week or two at the end of each term, nail every single big paper and final, and end up with a 90 average. I walked out of the one and only SAT prep class I ever attended, did no prep work of any kind, and pulled a 720/700 my first time out.

What do these stories say about the students in them? And what do they say about “big games?” What was I (inadvertently) doing right in big moments that my classmates weren’t?

The initial response that might come to mind is, “Oh, that kid who doesn’t have to try is just smarter than I am,” or, “Maybe I’m only getting these great grades because I work harder than anyone else…” (like that’s a bad thing, somehow!).

Both of those thoughts are crap. They have no basis in reality. If you’re a good student, you’re absolutely capable of coming up with big performances in big moments. You just have to know what’s really going on…

There are two things that you are probably doing right now, that if you stop doing them, you’ll have a better time during ‘big games.’

1. Don’t assign too great an importance to any one test!

The APs and Regents and in-class finals you take are based 100% on the material you learned over the course of the year. This only seems like a “Duh!” sort of comment because…well…it is! You’ve already learned everything that you’ll be tested on! The only difference that I see is that these tests count for a larger percent of your grade than the rest of the tests you’ve taken this year. That should make them, proportionally, a bit more important than those earlier tests.

Let me ask you a silly question: If you see a final exam on the schedule, and that it’s worth 30% of your grade, whereas the last few tests have been worth 10% each, how much sense does it make to treat the final like it’s 100 times more important than those last few tests?

Because it’s not, you know. It is, at very most, three times as important. And if you’ve done well all year, it’s probably not going to screw you up too badly, even if you don’t do well.

2. Don’t approach big tests any differently than regular ones!

If you’re a good student, chances are that you have a routine for studying. This routine may or may not be a conscious thing you do, but you’ve got one, and it generally helps you succeed through most of your academic challenges.

Read this next part very carefully:

IF SOMETHING IS WORKING FOR YOU, KEEP DOING IT.

If you’ve been getting a good grade in a subject all through the year, study for the final exactly how you’ve been studying for the rest of the tests!

Well…if you’ve decided that the final is much, much more important than the rest of the school year has been, you may be tempted to change your approach. Or you may do it subconsciously.

And that stinks, because if you find yourself studying from a place of greater stress than usual this time of year, sticking to your routine is absolutely the best way to keep yourself on track.

(By the way…if you don’t know what your routine is, spend some time thinking about how you usually study and figure out what it is! Make it a conscious process. Give yourself control over the situation.)

If you’re a sports fan, think about how different the playoffs are from regular season games, with higher pressure and more attention paid to each team and player, and more riding on the outcome of every game and every period and every play.

You can pick out the teams easily who feel that pressure and don’t stick to their regular game plan. Those are the first teams to get knocked out—and they usually lose by an embarrassing margin!

But the teams that play the same system all year, from preseason to regular season to the championship game—the teams that buy into the system their coaches teach them and don’t waver when things get rough—those teams are the ones that win championships.

It’s that simple. Buy into your own system, put the importance of the moment into the proper perspective, and then sit down and...

Get ready to play
your best game.
Start your 30-day free trial
of MuchSmarter ACT.
play Now
RELATED ARTICLES
My Struggle With Test Anxiety...in the Batter’s Box
Why Your Teenager Has Test Anxiety About the SAT or ACT -- And How You Can Help
How Your Teenager Can Conquer SAT / ACT Test Anxiety, Part 2
back to the main list