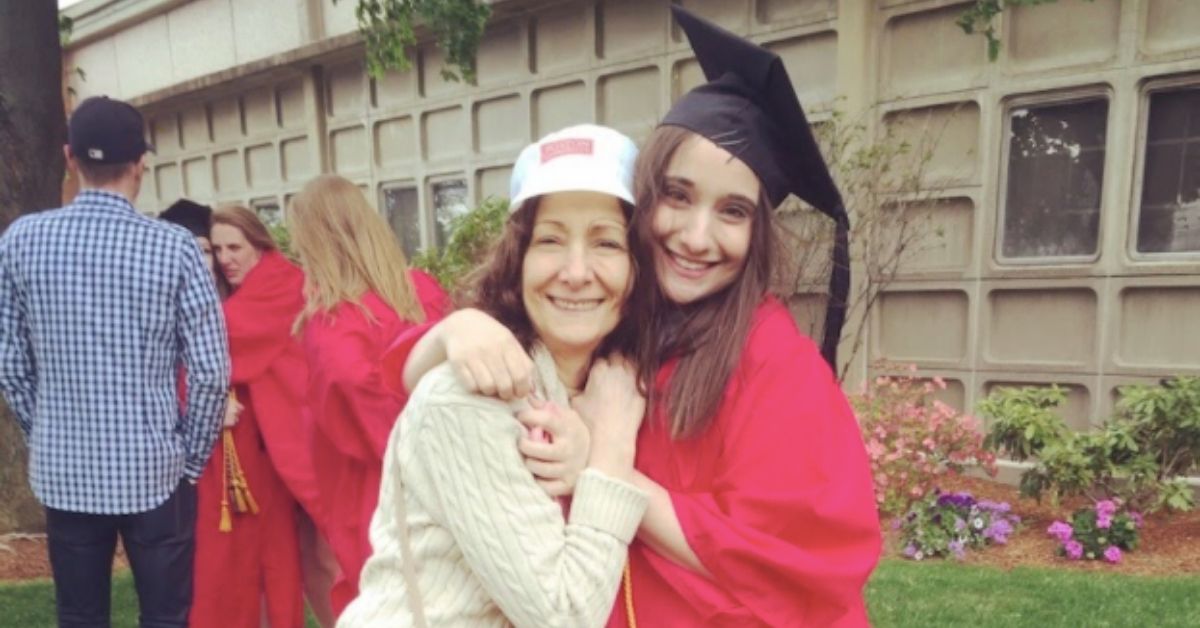 (note: Emma Zampino is a former student of MuchSmarter who graduated from Boston University in 2016.)

About five years ago, I wrote a testimonial describing my experience with Much Smarter. I talked mainly about how I prepped for the SATs and ultimately wound up with a score higher than I ever thought possible. Prior to my work with Steve, I genuinely believed that I was “stupid” and that I would never do well on the SATs. But after months of hard work, I realized this was far from the truth.

Some of you may be wondering why I’ve decided to write another testimonial five years later. If I’m being completely honest, I meant to write it about four years ago, when I first started college (I am one heck of a procrastinator, my friends). But as it turns out, I actually have much more to say now that I have graduated college. So, that being said, I’m going to talk about how my work with Much Smarter has helped me well beyond my high school years and throughout all aspects of my life.

In the fall of 2012, when I moved to Boston to start my college adventure at BU, I was really nervous. I had no idea if I’d be able to handle college-level courses. Would the material be too hard? Would I just be constantly drowning in assignments? Still, I approached college with an open mind, just as Steve had taught me to do.

I remember registering for class for the first time. At the time, I sort of knew that I wanted to study psychology. But, I also knew that I had to complete a number of requirements for my college. For one of my ‘natural science’ requirements, I chose this biology course called “Brains, Hormones and Behavior.” In high school, I never considered myself to be a “science person.” Even though I had done pretty well on my AP science exams, it certainly was not my favorite subject. I knew that this class would be challenging, but it seemed pretty interesting and relevant to my soon-to-be psych major. Moreover, my work with MSTYT taught me that with hard work and perseverance, I could do anything I set my mind to. So…I signed up for Brains, Hormones and Behavior.

And WOW, was that a mistake! I hated every second of that class. I was completely overwhelmed by the challenging material and ridiculous number of assignments. On top of all that, my professor was extremely unhelpful and unapproachable. I remember she particularly enjoyed calling on students that weren’t raising their hand—talk about a total “bad teacher” cliché. At times, I’ll admit that I felt quite “stupid” in that class. But I had learned too much from Steve and MSTYT to give up. I could have dropped the class, but something within me told me to keep trying. I really wanted to prove to myself that I could do it. I ended up with a ‘C’ in the class, which, admittedly, is not great. But you know what? I actually don’t regret taking it at all (despite the outburst I had at the beginning of this paragraph). I don’t look at my grade as a “failure.” I look at that ‘C’ and think about the hours I spent studying for that class. I know that I worked hard. Sometimes, you have to just accept a ‘C’ and move on.

And that’s exactly what I did. Throughout my four yeas at BU, I took numerous courses related to my major and I even picked up two minors (sociology and Deaf studies). I found myself using Steve’s advice in every single class I took. I also noticed a dramatic increase in my work ethic. For example, on multiple occasions I started an assignment the day it was assigned! (Trust me, if you knew how much I slacked off in high school, this would completely blow your mind.)

I started to really love learning. The drive that I had – the one that wanted to prove that I could ‘do it’ – grew stronger and stronger with each semester. In the semesters following that awful biology class, I actually took multiple science courses. In fact, I actually chose courses knowing they would be difficult because I wanted to prove to myself that I could do it. I didn’t let that one ‘C’ make me believe that I “wasn’t good at science.” And it’s a good thing I didn’t, because here’s the crazy thing…I ended up with an ‘A’ in all of those courses.

Though it has been years since Steve has tutored me, I know that I will use what he taught me for the rest of my life. Steve taught me that it is okay to fail at first. It is alright to start out a little unsure of yourself and not quite where you want to be. There were plenty of times when I wasn’t 100% sure I could “do it,” but by the end of my senior year I knew, without a doubt, that I could. For those of you getting ready to go to college next year, or have just started your freshman year, I want you to know that you will be able to “do it” (whatever that may mean to you). And for your own sake, PLEASE don’t get discouraged if you fail at first. I promise you that you will figure it out. And when you’ve figured it out, you’ll know.

Get ready to play
your best game.
Start your 30-day free trial
of MuchSmarter ACT.
play Now
RELATED ARTICLES
What Does it Mean to be Smart?
Make the Most of Your Mind
Smarter Than An SAT Or ACT Score
back to the main list