What Do Soccer and the ACT Have in Common? 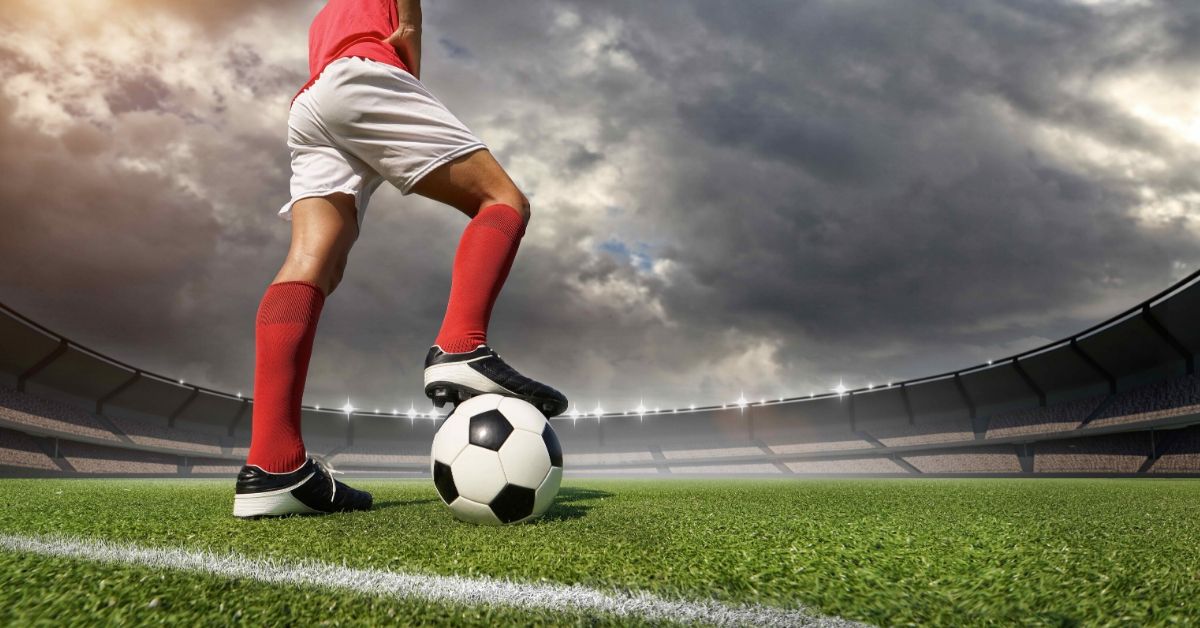 Over the years, we’ve worked with a lot of high school athletes. A lot of the time, when they start out working on the SAT or ACT, they struggle, and they get frustrated, and several of them tell us that this stuff is just “not what they’re good at.”

But here’s the good news: if you’ve ever gotten better at something before--if you’ve ever learned how to do anything (and, yeah, it’s a safe bet that you have!)--you can learn to get good at anything you want.

So over the next few posts like this, we’re going to talk about something you are good at, and then we’ll try to make some connections between the game of skill you’re already on your way to mastering and the game of skill that’s giving you a hard time.

Today we’re going to talk about the connections between soccer and the ACT—two things that we wouldn’t normally put together, right?

But maybe we should.

Soccer as a Game of Skill

We’re all accustomed to thinking about soccer as a game of skill. The game is fun, but it is also challenging.

They master the fundamentals of the game: passing, receiving, dribbling and shooting, and tackling. (The fundamentals are different for a goalie, of course).

Then they refine the fundamentals: using their weaker foot, first touch (receiving a pass and controlling the ball close to the body), control and dribbling in tight areas. Those who really want to learn the game practice these moves by kicking the ball against a wall, dribbling through cones on a field, shooting on an empty goal. They practice those moves until they can perform them without thinking about it.

After that, they practice the moves in combination in mixed drills with their coach and teammates. They practice doing all of those moves while playing a specific position, and they learn which moves to use in specific situations.

Finally, they play the game—a lot, first by scrimmaging, then playing games against ever tougher competition.

The ACT as a Game of Skill

So, what does this sequence have to do with the ACT? Everything!

Because the ACT is, in every respect, a game of skill.

And if you want to get good at it, do three things:

Learn the moves: There are problem types in English, Math, Reading, and Science that show up in every ACT. You learn these moves one at a time and then you practice them until you don't have to think about them.

Practice the moves in combination: Next, you take on practice passages of English, Math, Reading, and Science with mixed problem types. You learn to recognize known problem types and respond with rehearsed strategies.

Play the game—a lot: Play the whole game (take full ACTs) to master the timing, stamina and experience to play your best game.

There is a sequence to mastering any game you want to play. And there’s almost nothing you can't learn if you are willing to approach the learning as a game.

And there is something else that great performers in every game share: they know how to use their minds to help them play at their very best.

If you watch a great soccer player play, you see that mind mastery is as much or more important to their game than their physical qualities. The ability to remain calm and poised is the hallmark of a star soccer player.

While there are a bunch of established superstars we can point to who have all of these traits, the one I want to bring up here is a younger player—not that much older than any of you, really—who seems to be on his way to becoming an all-time great, and had an important lesson to learn in order to get there.

Kai Havertz is widely considered to be the top player of Germany’s next generation of national teamstars.

Kai made his first appearance for German club Bayer Leverkusen in 2016 at only seventeen years old. He’s had the highest of expectations on him since he was a teenager, and he’s met and surpassed them the entire time. He has already played and scored goals for the German national team, and earlier this spring, he broke the German Bundesliga record for most goals scored by a player under twenty-one years old.

According to his teammates and coaches, the main reason for his current success is his determination to continue to play his game, and not try to change his approach depending on the challenge or the situation.

“‘He's never in a rush,’ [teammate Jonathan] Tah says. ‘He never thinks, “I'm under pressure right now.” He gives himself time to make the right decision.’”

But that wasn’t always the case.

Markus Anfang, Kai’s coach during his time with the Leverkusen Under-17 team, explained in an interview with The Athletic that when he was younger, Kai used to get discouraged if he wasn’t playing well early in a game. Even with all his talent, “If he made a mistake early on, he told himself it wasn’t his day and lose heart.”

Anfang continues: “He thought a lot about football and had very high expectations of himself. Sometimes he’d get disappointed too quickly if he felt he wasn’t doing himself justice. We had to get him over that and make him realise that it didn’t matter how a game started...”

And that’s the thing everyone has to learn if they want to play any game at the highest possible level.

In a soccer game, if you make a bad pass, or give up an early goal, the best thing you can do for yourself is brush it off and keep playing the game.

On the ACT, if you get a question you don’t know how to answer, the best thing you can do for yourself is brush it off and keep playing the game.

Don’t worry about the score during the game (or during practice, for that matter). Don’t worry about how you’re doing. Just play the game, the way you’ve been taught to play it, and try to enjoy the experience, and let the result be what it’s going to be.

And if you want more help getting yourself to a place where you can play your best game on the ACT, you can always reach out to ask us some questions.

Until next time! TS

"Kai Havertz is Bayer Leverkusen, Germany's next big thing, but he's destined for much bigger"Bruce Schoenfeld for ESPN, January 29, 2020

"The race for Kai Havertz, one of the most coveted players of his generation"
Raphael Honigstein for The Athletic, June 12, 2020

Get ready to play
your best game.
Start your 30-day free trial
of MuchSmarter ACT.
play Now
RELATED ARTICLES
For Students Who Consider Themselves “Bad at Reading”... How to Get Better Before the SAT or ACT
How to Approach the New ACT Essay
How to Become Smarter at Standardized Tests
back to the main list