Have High Expectations Without Crippling Stress 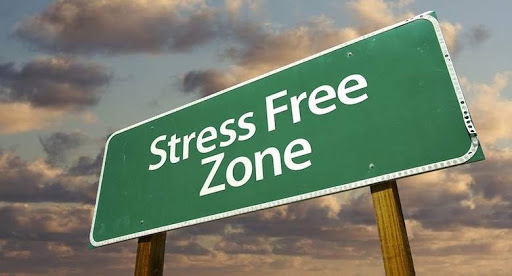 When I was seventeen years old, I wanted to play piano like Arthur Rubinstein, who was considered one of the great classical pianists of all time.

The goal inspired me: I set very high standards for my playing. I practiced hard, took on difficult pieces to play, and strove to play them perfectly.

The goal also ruined my playing for a while, because of the ineffective way I approached it.

Every time I sat down to play, I compared my own playing with Rubinstein’s, and as a result, I did not like mine. In the short term, at least, nothing I could do would make me play as well as Rubinstein. When I practiced or played, I was always in Rubinstein’s shadow. Practicing became a misery, so I began to practice less. In time, I lost all the joy I once had in playing classical piano, and I stopped.

This story raises a question for people with high aspirations and high expectations, those who want to play tennis like Roger Federer, play basketball like Michael Jordan, or study math at MIT.

How do you make high expectations and high goals work for you?

Unfortunately, high expectations can also have a downside: they are sometimes accompanied by crippling stress.

Here are four pitfalls in high expectations, four ways in which high expectations can create significant problems for your teenager, problems that can impair their performance and even turn them off to achievement entirely.

The first pitfall is unhealthy comparisons. If your teenager is able to compare their performance with others’ in a way that inspires them to reach for more in their own performance, then the comparison will work for them. If, on the other hand, they take the comparison too seriously, as if their own value depended on it, then the comparison can be stressful and damaging. Teenagers constantly compare themselves with others: they compare their appearance, their popularity, their athletic prowess, their grades, their SAT scores, and their family’s social status. Many teenagers experience unneeded stress by comparing themselves with their peers, and then judging themselves harshly if they seem to fall short.

The second pitfall is excessive focus on outcomes. Each year we see students who think constantly about the results they want. Many of these students experience excessive stress, which hurts their performance. Many focus so heavily on the outcomes they want, that they lose sight of the steps they need to take to achieve those outcomes.

The third pitfall is fear of making mistakes. I once worked with a student who had a high expectation: he wanted a perfect score on his SAT. The way he approached his goal made him want to be perfect all the time, even in practice. Sometimes, if he made a single mistake in practice, he would get upset and stop practicing for the day. While this is an extreme example, it illustrates how people can turn high expectations into a desire to avoid all mistakes. When people try to avoid all mistakes, they choke the learning process, because people need mistakes in order to learn. They also cripple their performance by becoming too cautious.

The fourth pitfall is discouragement. Some teenagers, seeing the difference between their current performance and the way they’d like to perform, get discouraged. This discouragement can be so deep that the teenager stops trying.

There are two ways to approach high achievement in a way that avoids those pitfalls.

First, they must learn to embrace a high goal and let go of it – at the same time!

Second, they must learn to focus on the process.

The idea of embracing a high goal and letting go of it may seem to be a contradiction—and it is! Great performers learn to do both. Observe a great athlete or musician at work. You will see both great passion and detached calm – at the same time! The great athlete, for example, intensely desires victory, but at the same time, is relaxed enough to perform with confident ease. The great basketball player who is called upon to make a shot with seconds to go in a championship game cannot afford to focus on the consequences of making or missing the shot; instead they relax and let the shot fly in the same easy manner that they’ve done thousands of times in practice. The great performer actually learns to become bigger than their goal. They can risk pursuing a big goal knowing that their entire sense of self worth is not wrapped up in each win or loss.

This is the balance that great performers achieve and that aspiring great performers should strive for. They cultivate intense desire that makes them work hard for their goal, but at the same time, let go of the goal so that they can easily and confidently do what they need to do in the moment.

This thought brings us to the second part of success with high expectations: focus on the process. Aspiring great performers should articulate a high goal, embrace it, see it in their mind’s eye once or twice a day – and then forget about it. They should then focus their daily attention on the process for achieving their goal, focus on the baby steps they will take today—in short, do what’s right in front of them.

The habit of focusing attention on what they are doing right now will do wonders for your teenager. This habit will help your teenager have high expectations without the crippling stress.

By the way, I ultimately achieved this balance with the piano. After an extended break, I returned to the piano, and this time, I stopped making unnecessary and unfavorable comparisons. I approached the game with both great passion and detached calm. By focusing on the process of mastering the piano, I played with new found relaxation and freedom. I stopped struggling to be perfect—and got a whole lot closer to perfection than I ever had before.

Get ready to play
your best game.
Start your 30-day free trial
of MuchSmarter ACT.
play Now
RELATED ARTICLES
Peyton Manning and the Path to Emotional Mastery
How to Get to the Other Side of Fear
Thanksgiving: A Much Smarter Way to Think and Feel
back to the main list