Why Good, Even Great, Students Sometimes Struggle with the SAT or ACT 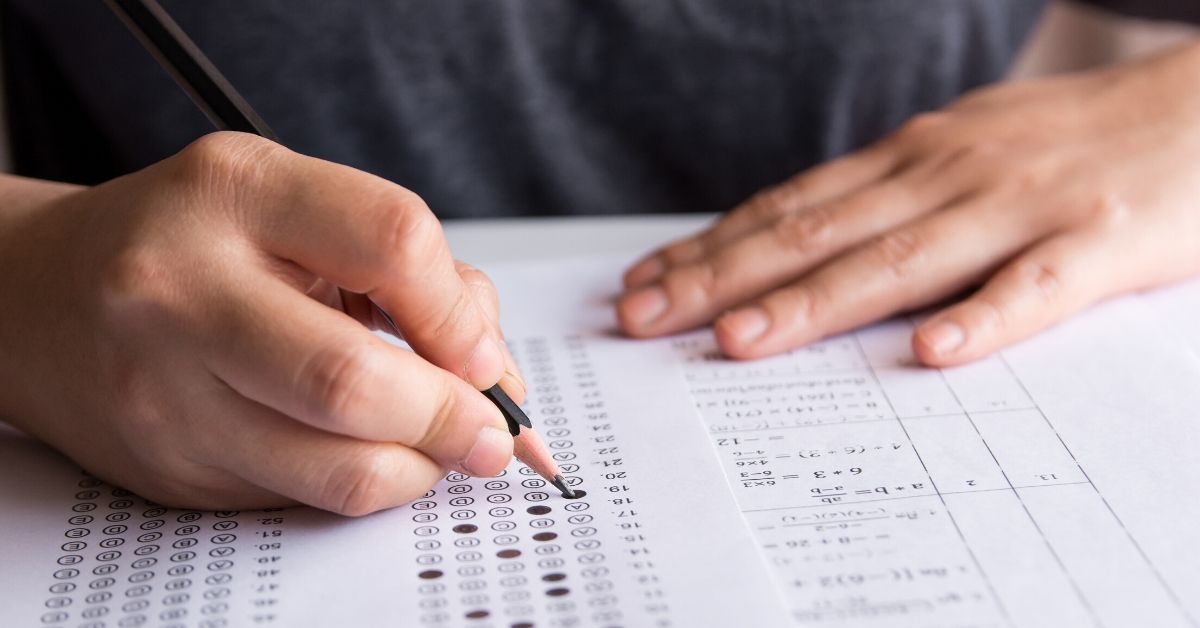 Are you a good student, or even a great student, who struggles on standardized tests?

Are you having a hard time figuring out how you can do so well in your classes, but have such a hard time on the SAT or the ACT?

It’s pretty frustrating, right? I mean, I’d be annoyed, too, if I were you.

It happens a lot more often than you’d think. You’re definitely not the only student dealing with this confusing, frustrating problem right now.

This disconnect between grades and test scores is also not what the test-maker intended. These tests are supposed to show what kind of student you are and how well you’ll do in your future studies.

Then why is it that, every year, we meet really great, hardworking students who struggle at first with standardized tests?

Why was Hannah struggling with the SAT?

A couple of years ago we had an A+ student named Hannah who did not appear particularly strong on the SAT.

The difference between her grades and her initial SAT practice tests made her doubt her ability.  Other A+ students she knew seemed to breeze through the SAT and ACT.  Why was she having trouble?  She began to think, “Is it possible that I am not as smart as these other top students?  Maybe I’m not smart enough to achieve the goals I’ve set for myself.”

The difference also caused her anxiety.  She began to think, “what if the SAT is the only thing standing between me and the school I want to attend?” The added pressure made it even harder for her to do well.

The thing Hannah needed most (at least at first) was to understand why her results on SAT/ACT practices were so different from her results in school.

Here’s the answer: Performing on the SAT/ACT and performing in academic coursework are two different games of skill.

Why does that matter? Our abilities often are, to a great extent, game-specific...even if the games look very similar on paper.

We know that Rafael Nadal is a great tennis champion. Would we expect, because of his superior hand-eye coordination, for him to immediately be the best at table tennis, too, without any extra training?

It’s possible, but we don’t know for sure. Tennis and table tennis are two different games. The ball is smaller. The paddle is smaller than a racket. The table is way smaller than the court.

He’d probably be pretty good, and he could even be great...but he’d probably need some practice.

We helped Hannah see that she didn’t have any reason to get down on herself just because her SAT/ACT performance was not initially as strong as her academic performance.

She didn’t have any reason to immediately jump to the conclusion that she was “bad at standardized tests.” She just needed to recognize that the SAT was a different game from the one she’d been playing and then, to decide what she would do to make this SAT/ACT game her own.

She also needed to give herself time to get good at this new game. Just like Rafa hypothetically training to become a table-tennis champion.

So what happened to Hannah? It did take her time to improve her SAT game, but one year later, she had a score that was comparable to her A+ performance in school. And soon after that, she found herself accepted early decision to her first-choice Ivy League school.

So, if you find that you do worse on standardized tests than you do in school, here’s the solution:

Second, understand that the SAT or ACT is a different game from the ones you’ve been playing, and begin to consider what you need to do to get good at this new game.

Finally, give yourself time to succeed.  Mastering a game of skill takes time, and we don’t always know in advance exactly how much time.  If you were taking up tennis or golf or a musical instrument you would not expect mastery in a few weeks.

Respect the process of mastering a game of skill and then go ahead and master your SAT or ACT game!

And if you need help getting started, you can always play our ACT game.
It’s free for anyone who signs up in 2020.

Get ready to play
your best game.
Start your 30-day free trial
of MuchSmarter ACT.
play Now
RELATED ARTICLES
A Better Approach to Standardized Tests
How to Become Smarter at Standardized Tests
If Your Teenager is a Good Student but a "Bad Test-Taker," Here's What You Can Do to Help
back to the main list